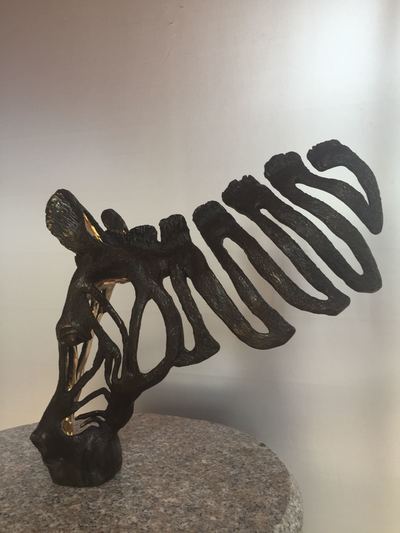 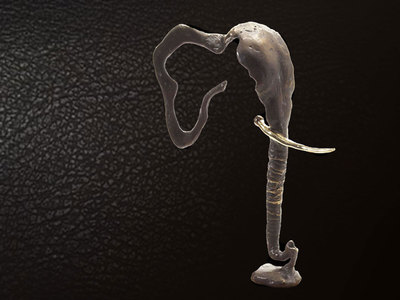 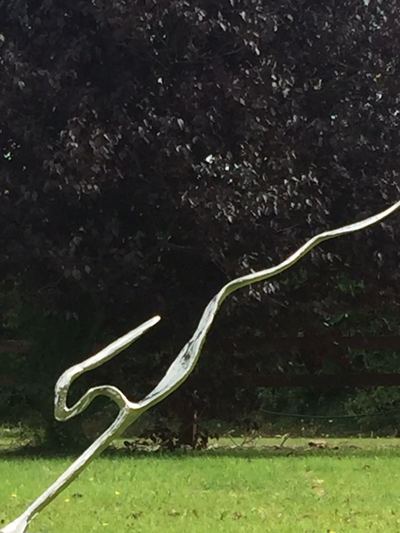 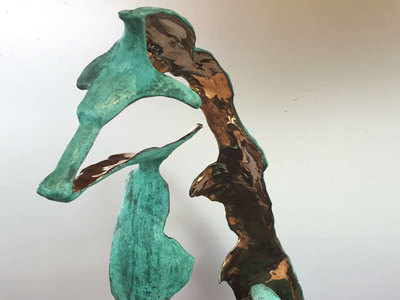 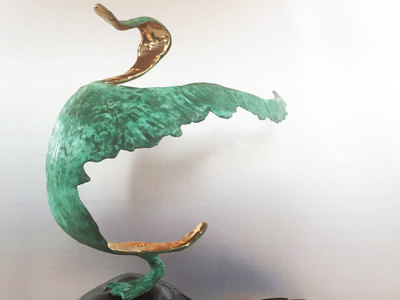 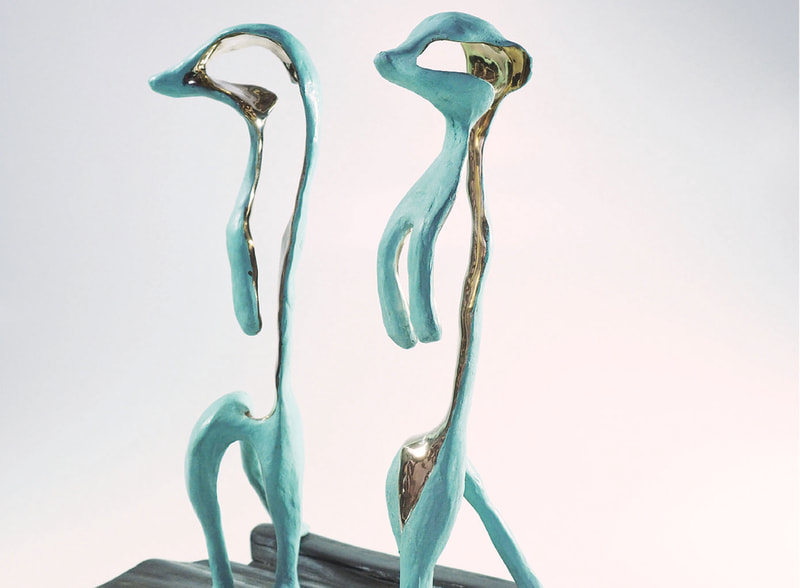 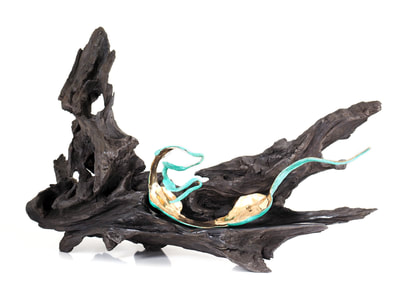 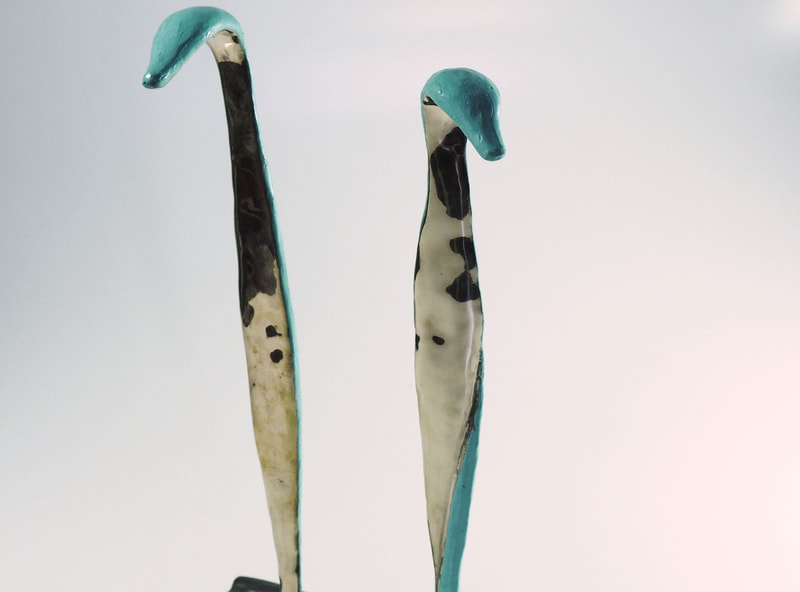 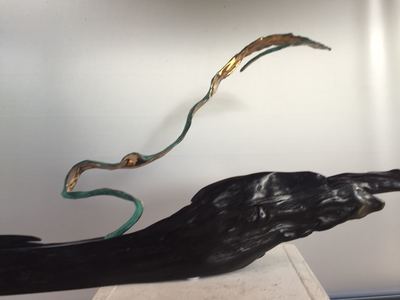 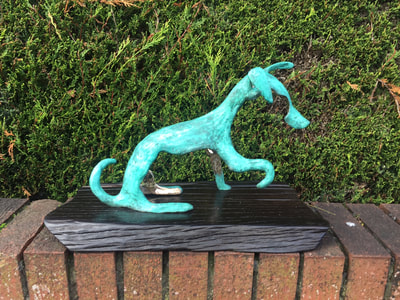 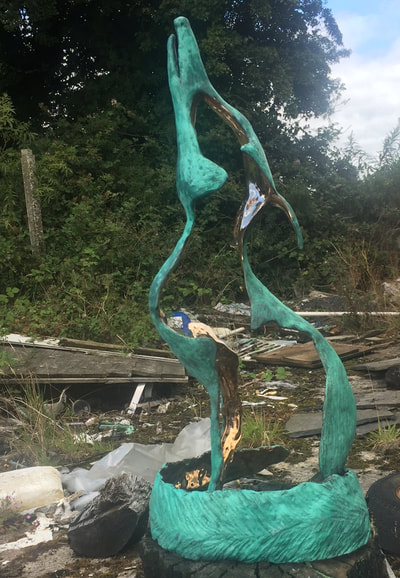 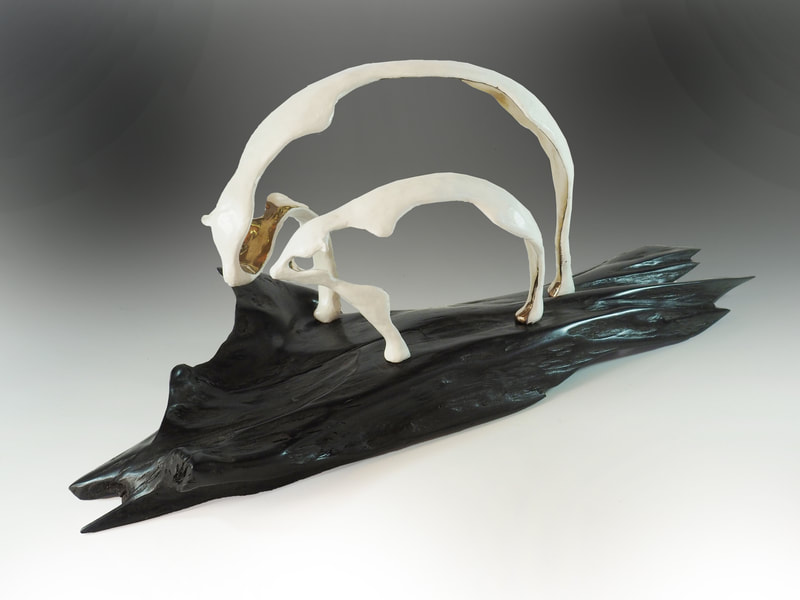 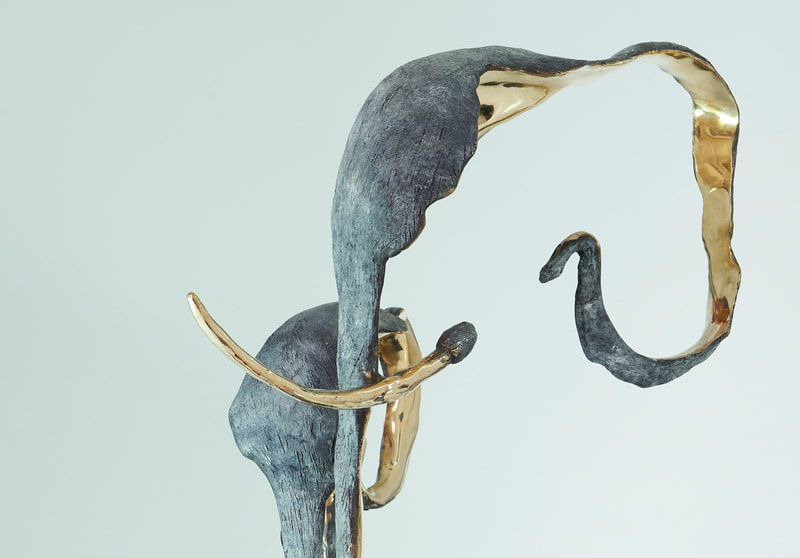 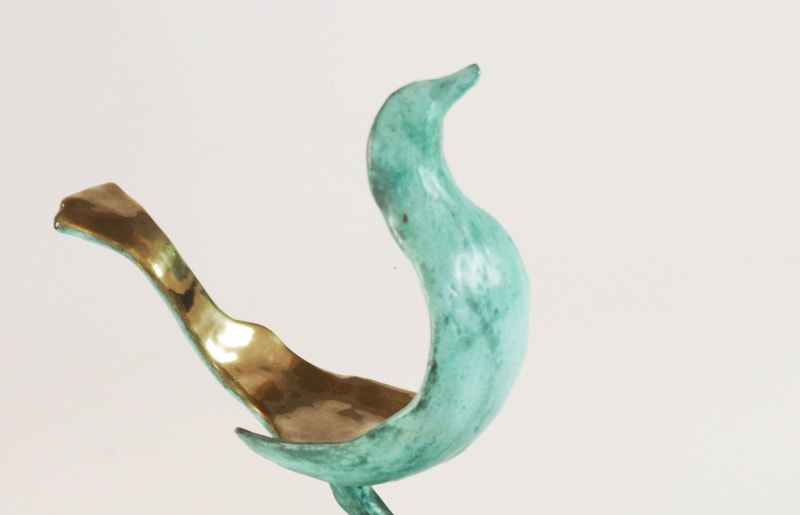 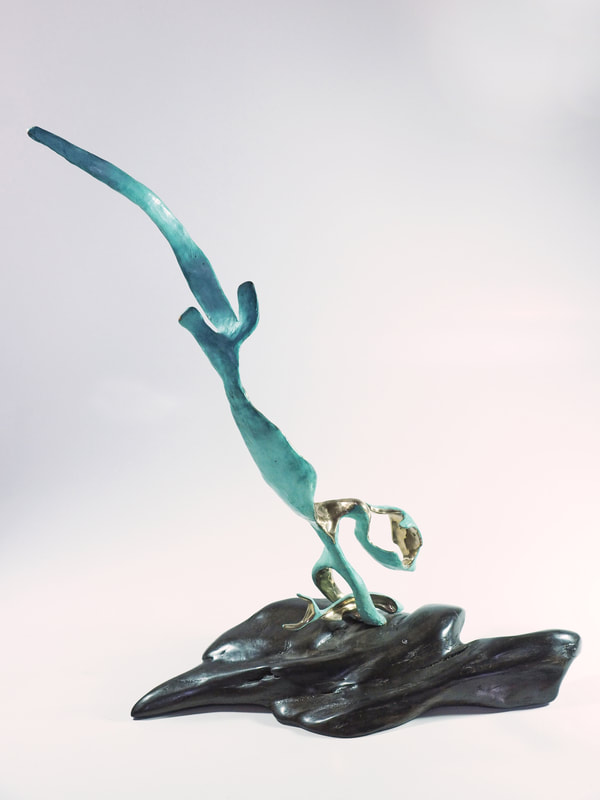 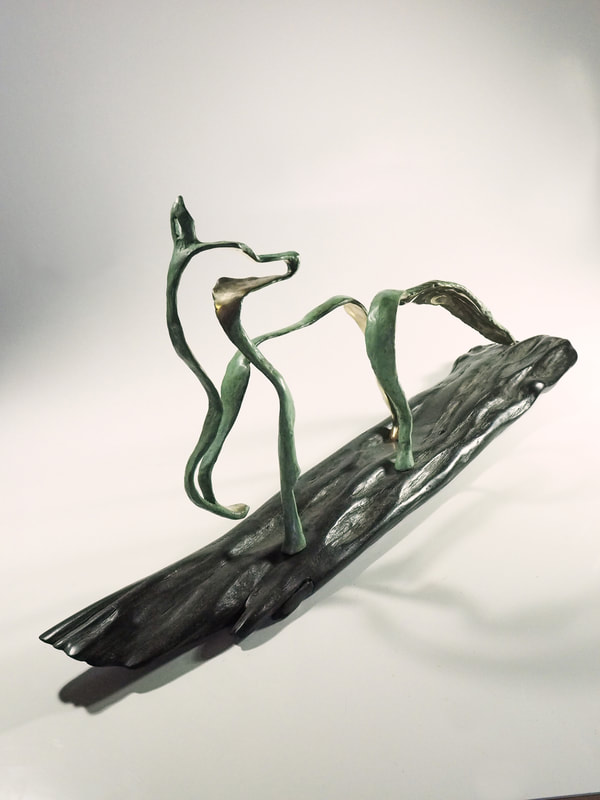 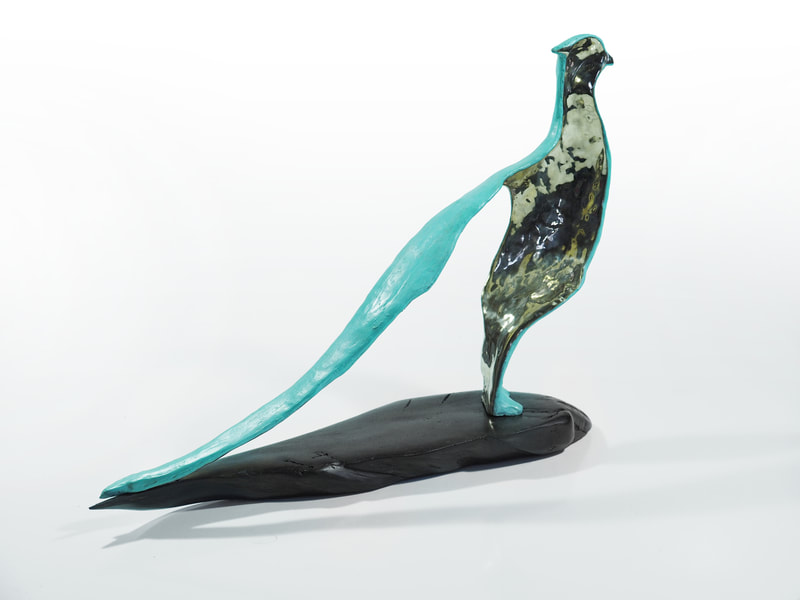 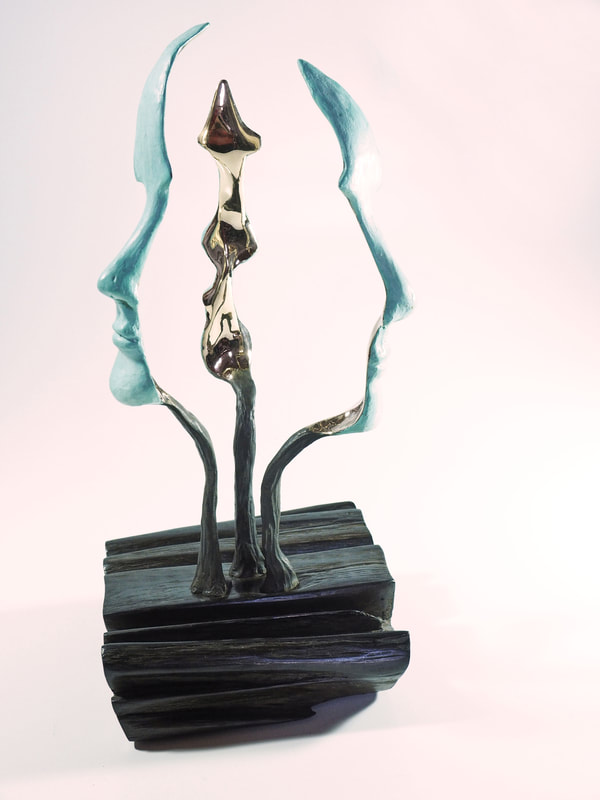 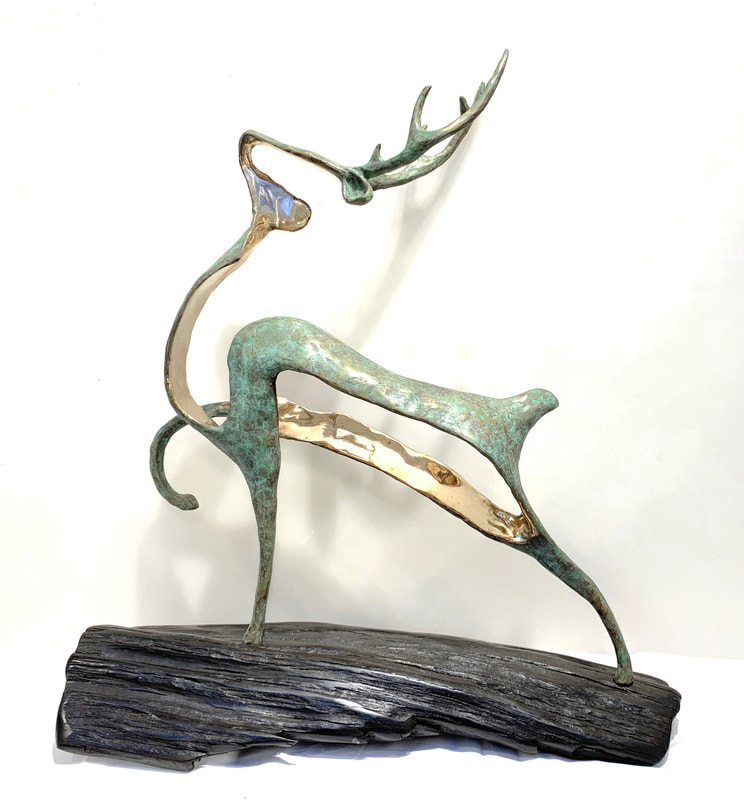 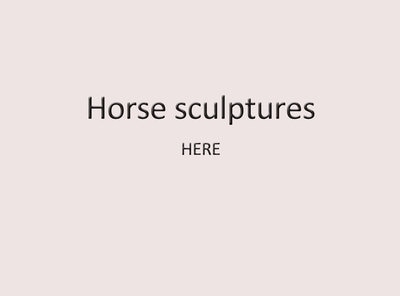 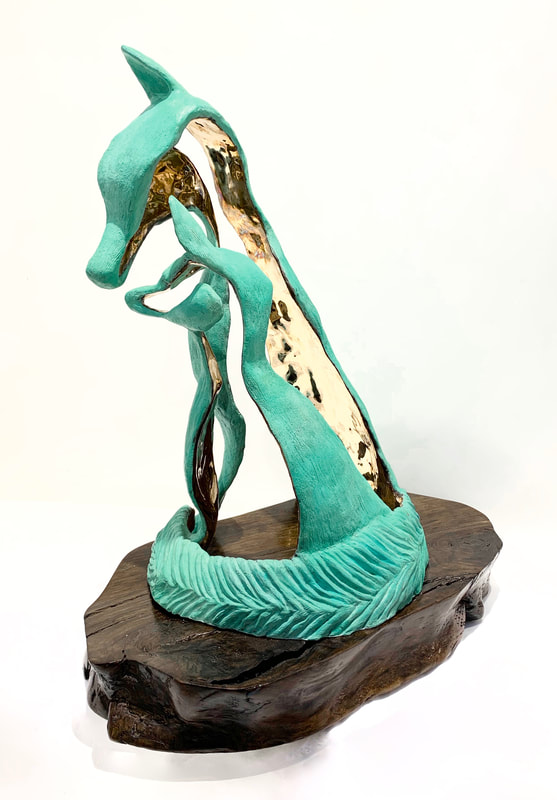 A Bronze Limited edition.
​This sculpture was accepted for sculpture in context in the Botanical Gardens, Dublin, Ireland. ​A competition opened to Irish artists living both at home and abroad.
​

“A hare's movement seems plagued by the flicks and judders of restrained energy, as if carrying an ache that can only be relieved by running.
​The rest of the time it's as though they're absorbing the earth's energy, tapped into a ley line, shivering with pent-up static”
​― Rob Cowen, Common Ground

The world has different owners at sunrise ...
Even your own garden does not belong to you. Rabbits and blackbirds have the lawns; a tortoise-shell cat who never appears in daytime patrols the brick walls, and a golden-tailed pheasant glints his way through the iris spears.
​— Anne Morrow Lindbergh

I know I’m just a dog but… if you feel sad, I’ll be your smile. If you cry, I’ll be your comfort. And if someone breaks your heart, we can use mine to live. I’ll always be by your side.
​- Yours Jack R

The Polar Express is about faith, and the power of imagination to sustain faith. It's also about the desire to reside in a world where magic can happen, the kind of world we all believed in as children, but one that disappears as we grow older.
- Chris Van Allsburg
​

No one in the world needs an elephant tusk but an elephant.
- Thomas Schmidt
​

For the poor wren (The most diminutive of birds) will fight, Her young ones in her nest, against the owl.
​- William Shakespeare
​

It will always be you. I love you, and that's why it will always be enough.” “It'll be all right, my fine fellow," said the Otter.
"I'm coming along with you, and I know every path blindfold; and if there's a head that needs to be punched, you can confidently rely upon me to punch it.”
​- Kenneth Grahame, The Wind in the Willows.
​

I am sometimes a fox and sometimes a lion.
​The whole secret of government lies in knowing when to be the one or the other.
- Napoleon Bonaparte
​

The bigger the sin, the rarer and more expensive the bird that is needed to erase it.
Is that how the bird pardoner conducts his business?
A sparrow for a small deception, but a paradise flycatcher and a monal Pheasant;  ​
​for allowing a doubt about His existence to enter the mind.
— Nadeem Aslam
​

For more details on this profound and popular sculpture, please visit RHA here.

The Majestic Stag - Uses gentleness to nudge those around you in the right direction.

"His antlers are symbolic with regeneration (death and rebirth) because when they fall off,  they grow again.
A symbolic reference to the transformation of energy
​- is this not what happens when you grow “spiritually or come to a moment of self-realisation?"

A fox is a wolf who sends flowers.
- Ruth Brown
© COPYRIGHT 2020. ALL RIGHTS RESERVED.